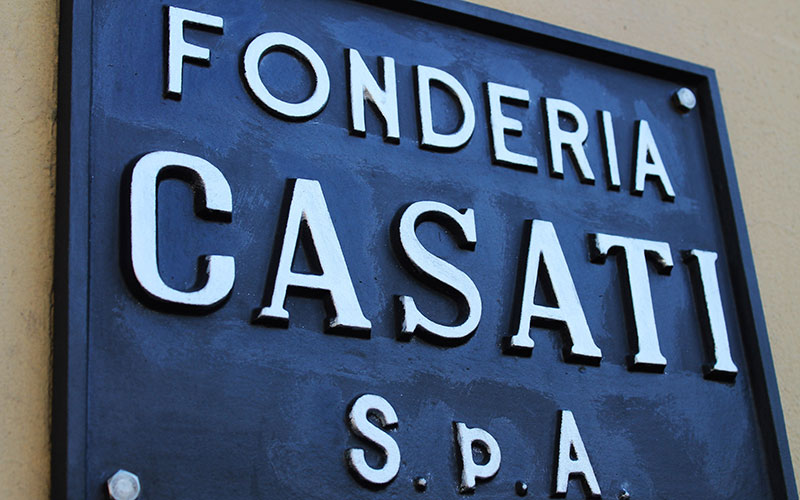 Fonderia Casati, founded in 1972 in Varese by Gaudenzio Casati,
specialises in the supply of cast iron for the automotive market, engineering,
electromechanical, fluid dynamics and building industries.
In 1980 it began to produce casts for the car industry and this increased
over the years to become the company’s main line of production.
It built a new factory in 1986 alongside the existing one and has thus considerably
increased its production capacity. That period also saw the launch of a technological line of development and the pursuit of higher quality that has made the company a recognised specialist in the production of items in

Fonderia Casati is certified according to IATF 16949:2016, UNI EN ISO 9001:2015 and Environment ISO 14001:2015; is qualified in the design and optimisation of equipment using information technology tools such as CAD 3D CREO and CIMATRON, PROCAST filling and solidification simulation software, and TAG software used in the furnace department for the thermal analysis of cast iron cooling curves.

We use cookies to ensure that we give you the best experience on our website. If you continue to use this site we will assume that you are happy with it.Ok